Neuronen is the fourth work completed as part of the Der Industriepalast suite – a collection of works based on the infographics of Fritz Kahn.

In July 2019, I was invited to present a seminar based on my research at the University of Sheffield, and was challenged to document exactly happens when I respond to Fritz Kahn's infographics in my acousmatic compositions. This piece was composed in direct response to this challenge and intends to directly describe aurally, over 9:33, what happens in a split second, and and is repeated millions of times a day in the human body.

It attempts to achieve through sound, what Fritz Kahn’s infographics do visually - that is, the understanding, or at least, some comprehension of an extremely complicated process. The image that provided the visual stimulus for this piece compares the nervous system of the human body to the mechanisms of a door bell - in particular, the comparison between impulse - reflex responses.

Neuronen was premiered at Sound Junction, University of Sheffield in November 2019. It was awarded an honorary mention at the Musica Nova International Composition Competition. 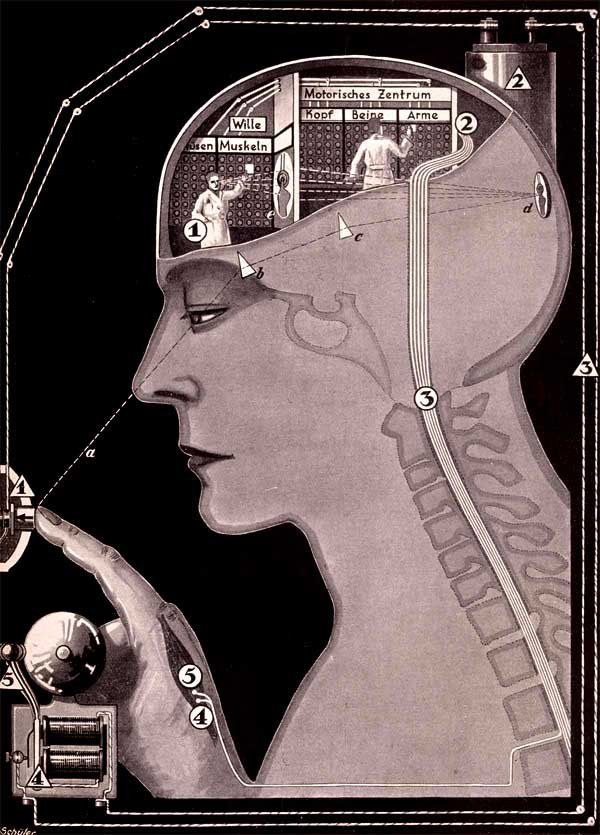