Fairytale Journey on the Bloodstream

This piece is inspired by and based upon one of the writings of the Infographics pioneer Fritz Kahn which bears the same name. As an imaginary and metaphorical journey through the bloodstream, it lends itself to adventure and sci-fi stories such as the movie "Fantastic Voyage" directed by Richard Fleischer and Harry Kleiner (and the novel of the same name, written by Otto Klement and Jerome Bixby) where a submarine crew are minaturised to the size of a molecule in order that they can entire a injured scientists body to repair damage to his brain. In Kahn's story (and this sonic interpretation), we travel through the bloodstream in a "cell boat". Therefore, the piece is a mixture of real/unreal and completely abstract sound worlds. We begin by meandering through the capillary system into a gland cave which is compared by Kahn to the entrance of Fingal's Cave. After entering, we are whisked through a gland portal, pushing through the cell wall and into the arterial system where the pumping power of the heart makes the ride far more turbulent and dangerous.

i: Capillaries and Caverns

ii: Through the Cell Wall and into the Venous System.

iii: Into the Arterial System

iv: On the Waves of the Bloodstream.

vi: Into the Lungs 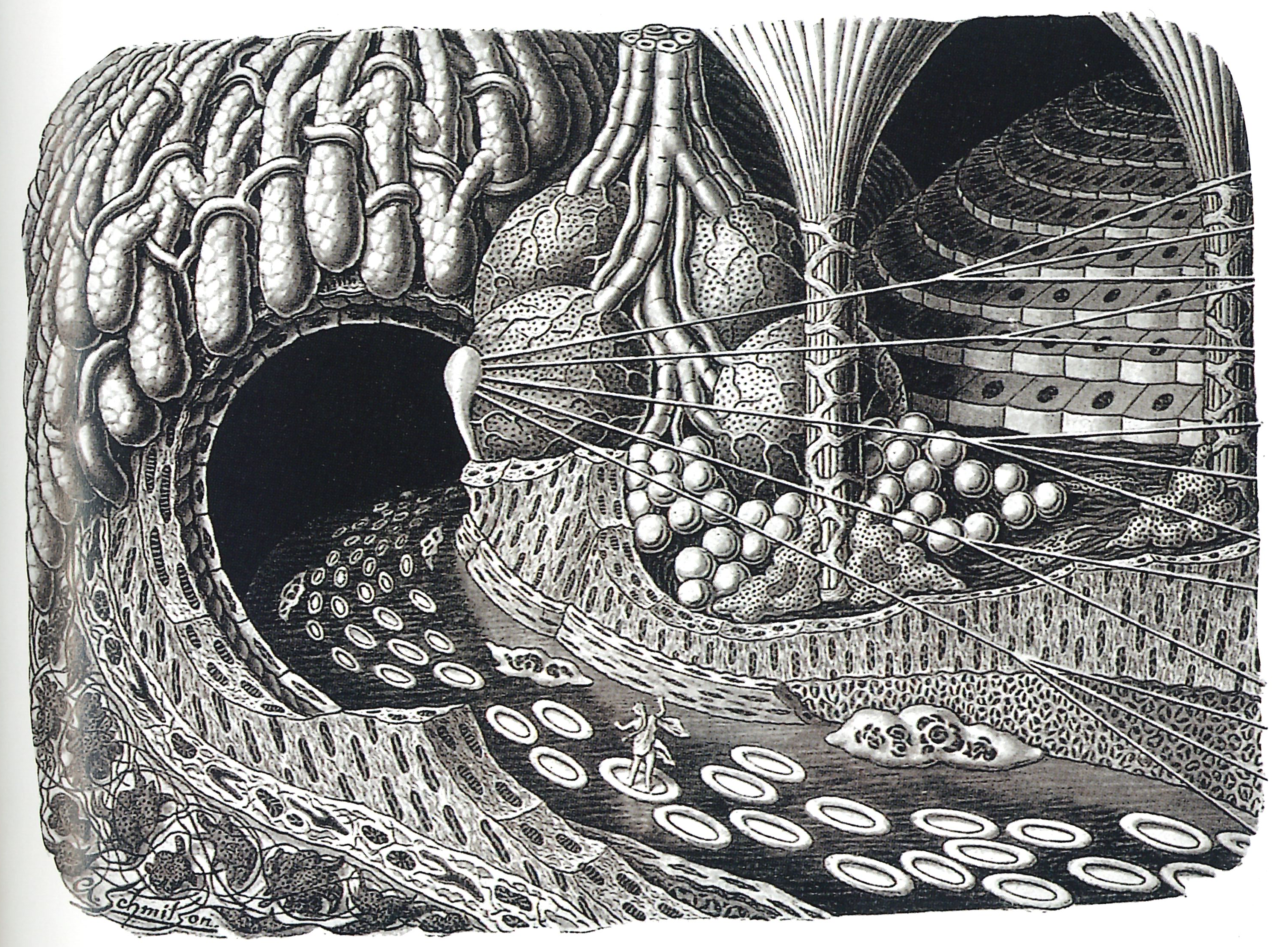